We have an educational pirate performance tailored for school children aged 5-7.

The running time for this performance is around an hour but can be shortened or lengthened within reason to fit in with schedules.

Songs included in the 1 hour school show are:
The Day I went to Sea (This way that way)
Hoist the Colours (From Pirates of the Caribbean)
There’s a Hole in the Bottom of the Sea
A Pirate Went to Sea

Blunderbuss and Badger both have full and up to date DBS/CRB certification. 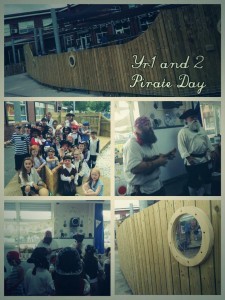 We would like to thank you for a fantastic day and would not hesitate to recommend you to other colleagues. We all felt the day was designed around the children and that all of you treated the children (and staff) with care and consideration.

Pirate Visitors for Schools around Liverpool… and further.